Applying with a troubled beginning college career and personal life

I am 27 years old with a somewhat convoluted journey through college, which I know isn’t uncommon, but I am beginning to have serious doubts upon revisiting my earlier academic and personal history.

I spent the first 3 semesters of college intensely struggling without direction back in 2011-2013. I managed to get myself kicked out of my junior college while accruing 15 units worth of D’s and 6 units worth of F’s overall over 4 semesters. Around this time frame I also received a misdemeanor driving under the influence. I do not condone drinking and driving by any stretch of the imagination and as you can imagine the consequences that I earned from this in tandem with my poor school performance put me at a well-deserved low point in life full of self-reflection.
I put my head down and harnessed the negative emotions tied to this dark time and translated it into motivation. Fast forward a couple of years - Clean record since the incident. Redeemed myself academically and expunged my grades via academic renewal which then helped me into a top four year university here in California. I graduated with distinction with a campus GPA of 3.81 and 3.84 science GPA. I just took the MCAT last month and scored a 511 (128/126/130/127). I have spent the past 2 years volunteering in the emergency room, nearly a year doing clinical research, 2 years working as an EMT, and have non-clinical volunteering under my belt as well. I am still actively involved in all of these activities/work so the numbers reported should be higher by matriculation.

Now that the MCAT is over I’ve been calculating my grades using Mappd to see them as medical colleges will. I was horrified to see how my academic past tanks my cGPA. I sit roughly around a 3.1 cGPA once the D’s and F’s from 2011-2013 are reincorporated. I do have a strong upward trend, but after researching the potential impact of a past DUI in tandem with academic dismissal, I am beginning to doubt that a positive outcome will result from the hard work I’ve put in on this path to redemption. There is surely a strong case to be made about my performance over the recent years juxtaposing my 18-20 year old antics, but I am thinking too strong of a negative picture has been painted of me for admissions to see the drastic improvements. Just wondering what you all think.

Thanks for reading and I appreciate any and all feedback.

tldr: DUI and dropped out of jr. college 7 years ago but have since excelled but wondering if it’s too little & too late.

I hope u make it man. I literally have the same story as u and I’m just starting out. I hope to be where u are right now. Redemption and grind. At the worst u at least got there. I think if u get an interview and tell ur story, u definitely have a shot. I’ll be following this thread to see how things pan out.

Get dope recommendation letters as well

I appreciate the kind words my man. Send me a direct PM. I posted this on Reddit and Student Doctor Network as well and received some really great feedback if you are interested in hearing about it.

Yea I def would like to connect and see what kind of feedback u got. I don’t know how to pm on this forum, but message me on fb https://www.facebook.com/yraval

What’s the best way to pm you ?

There are plenty of medical schools that reward reinvention.

This is feedback i received from a knowledgeable source. Also: “If enough time passes and you have a large strong enough upward trend then some schools will look past your history. Driving ambulances shows faith to admissions that your previous driving record isn’t a deal breaker. Kinda intuitive.”

Regardless, their feedback also informed me that many school will automatically screen me out because of my history so its no longer about getting into top choices, it’s about getting into A SCHOOL. We will have a lot more questions to answer when we are applying for residency and even more so prior to getting our licenses, but it can still certainly happen. Don’t lose faith and keep strong. Good luck. If you have any questions don’t hesitate to reach out.

Thanks bro I really appreciate you taking the time to provide that list. It is screen shotted

It’s never “too little too late”, you got this! You sound determined and that will be what helps get you moving forward. Wishing you the best!

Maybe this blog article can help? 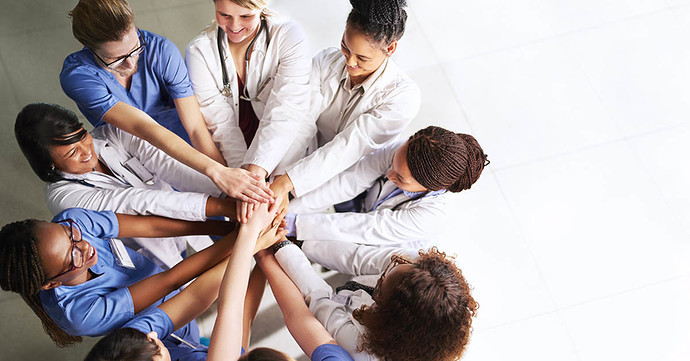 As a recent or current nursing student, the trials of patient care and stress can feel overbearing and sobering. Find out the top nursing books to help you thrive emotionally, physically and spiritually.